The Ford Kuga promo website was among the best Russian Digital Cases of 2013.

The agency Actis Wunderman considers its best project to be the promo website for Ford Kuga which was implemented with the help of Nanosemantics. 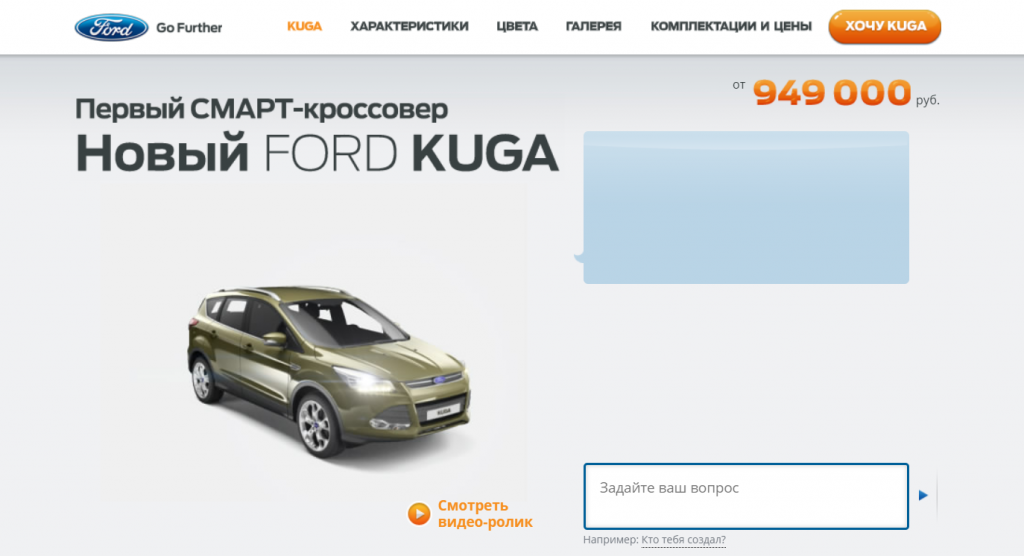 Last spring, Ford introduced the new Ford Kuga, which has a unique set of features. They include an intelligent all-wheel drive system, Ford EcoBoost gasoline engines, the Active City Stop automatic braking system, an advanced traction control system and many other advantages which are usually available only in premium cars.

The agency was tasked to draw the attention of potential buyers to all the possibilities of Ford Kuga and interest them in the new product. Actis Wunderman created a promotional website, on which clients could not only look at the car, but also talk to it using Nanosemantics Lab’s technology.

Ford Kuga answered the users’ questions, scheduled test drives for them, consulted potential buyers about prices and configurations, and demonstrated its key features. Website visitors also enjoyed talking to the virtual consultant about irrelevant topics — the developers made him friendly and witty. During the ad campaign, which took place in spring and then autumn of 2013, the Ford Kuga car was constantly learning new phrases and becoming smarter, significantly improving its communication with customers.